In Platfrogs, you play as a small frog with big dreams of taking to the sky- so, with the help of some floating lilypads, you take to the skies to see how high you can go.

The aim of this project was to create a frog-themed vertical platformer game. We decided to do this type of game because platformers are very nostalgic and familiar to us (having played games like Doodle Jump and Super Mario Bros in our childhoods), and we wanted to look further into how one was programmed. Furthermore, we both think frogs are quite cute and are known for hopping, hence we decided to make them the theme of the game. Finally, another reason why we chose to go with a platformer is because we wanted to gain some familiarity with the PyGame library, and we knew that creating platfromer games would be a great way to explore its features within the scope of a 2 week project.

Platfrogs plays like a classic vertical platformer game, where you can use the arrow keys to move side to side and the space bar to jump. This is a high-score chaser wehre the goal is to get as high of a score as possible. A demo of the game can be seen by clicking the image below: 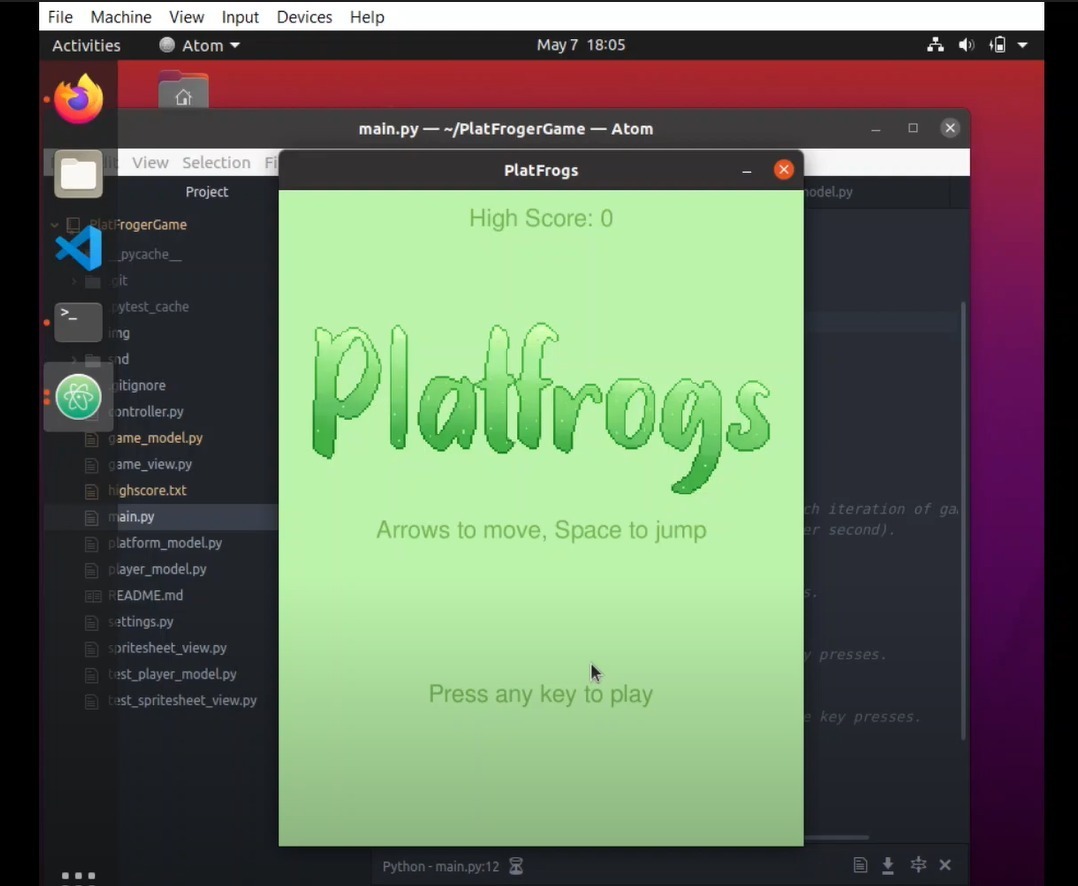 You can install the game by downloading the zip file off of the Platfrogs GitHub. It is necessary to install the PyGame library in order for the game to run successfully. Once the library is installed, all you need to do is run the main.py file with a python-friendly program such as Atom or Virtual Studio Code.

Credit Where Credit is Due

We took a lot of inspiration from the KidsCanCode PyGame platformer tutorials. Although the architecture of our code ended up being completely different, we used their tutorials in the beginning of our process in order to get an understanding of how to use the PyGame library to make a platformer.

This page was generated by GitHub Pages.